Spamalot London: the end of another era 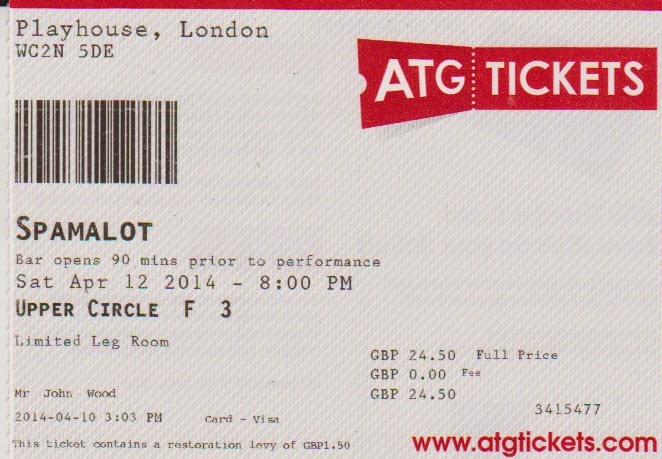 As I went to the opening night of Spamalot at The Playhouse Theatre, London in November 2011, I simply HAD to go to its closing night too. Would've be rude not to! And as usual, I took a few friends along with me. (I have promoted the show SO MUCH over the years on Twitter, Facebook, my blog and virtually to everyone I meet, I really should have worked out a commission deal with the producers back in 2007! I'd be loaded by now! Oh well. That wasn't why I was promoting it. The fact is, Spamalot is the funniest and most brilliant show I've ever seen, and I wanted others to enjoy it too.)

As the title of this blog post suggests, it wasn't the first Spamalot closing night I've been to. I also witnessed the end of Spamalot's run at The Palace Theatre (the executive version) back in January 2009.

Every time I've seen Spamalot, there's always been something different about it; Spamalot never stood still, and last night's performance was no exception. It wasn't seeing the excellent Jodie Prenger (what a voice!) as Lady of the Lake because I saw her in that role at Aylesbury when Spamalot was on tour in 2011. I did manage to say hello to her at the stage door last night though, when she told me how honoured she was to be asked to close the show at The Playhouse. It was lovely to see her again. Unfortunately, I didn't manage to get a photo with her this time but she did give me a nice hug :-)

The main difference for me last night was to see Robin Armstrong as King Arthur for the first time. He was possibly the first clean shaven King Arthur I'd ever seen. It was so strange for me not to see him say "And then we LEAP out of the rabbit!" Consequently, it was the first time I'd seen Graham Newell in a lead role and I really enjoyed his performance. I thought his bent-over portrayal of Mrs Galahad was hilarious!

I was so happy to meet James Bisp, finally. He wasn't on when I saw the show a few weeks ago, and the previous time, I didn't happen to see him at the stage door (which is always a bit of a scrummage - and it's also very badly lit. To The Playhouse management - if you wanted to do something fan-friendly, please install a light back there so we can see who's who!). What a charming fellow! I think his portrayal of Sir Galahad is, or rather was, outstanding! The parts he plays (Dennis, The Black Knight, Sir Galahad) are really convincing; he is such a good actor!

The atmosphere last night was, understandably, more upbeat than usual. However, I was expecting the audience to demand an encore of the finale, Always Look on the Bright Side of Life, since it was the last night, but it was not to be! 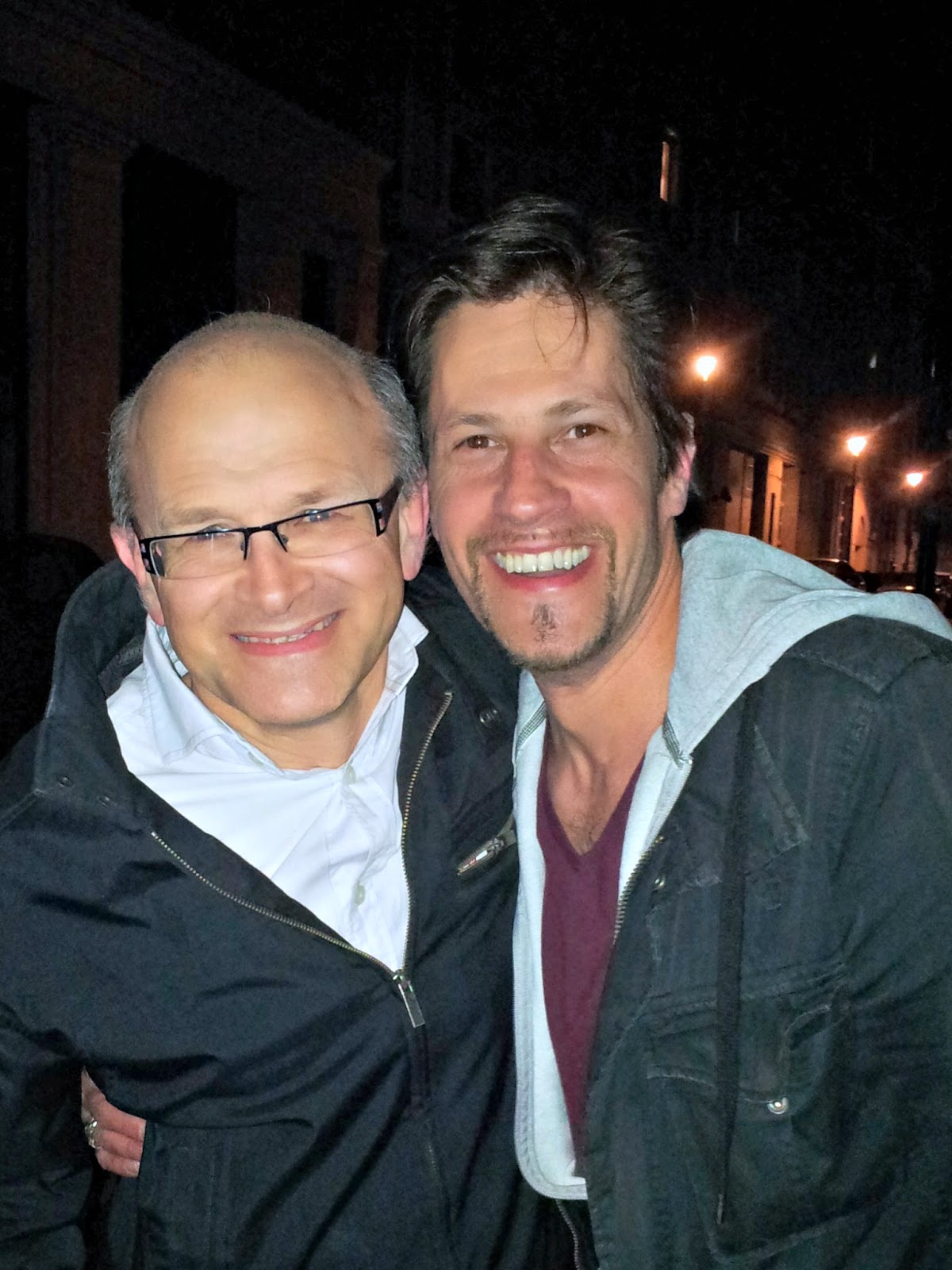 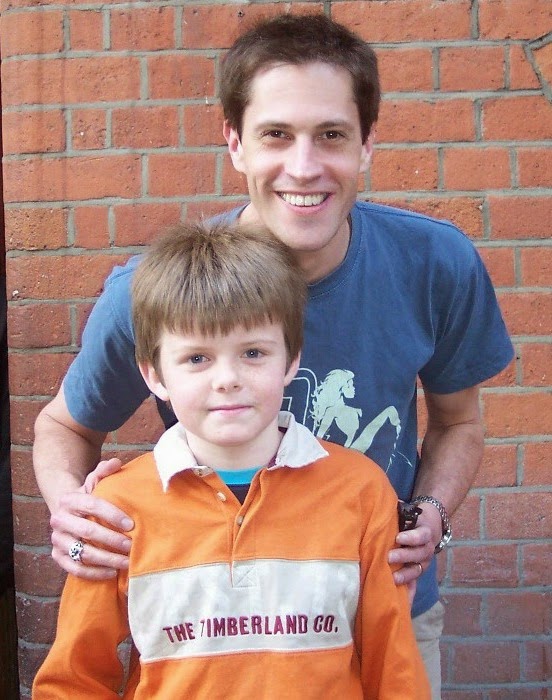 The biggest surprise for me happened not during the show but afterwards at the stage door. I bumped into someone who has become somewhat of an 'old friend': Graham MacDuff (husband of the gorgeous Anna Jane Casey) who has played both Sir Galahad and Sir Lancelot over the years. He just popped in last night to see the last show. We first met at the stage door of The Palace back in 2007, in the days when Dennis used to say "Soggy old blondes with their backsides in ponds can't replace the electorate." It was so lovely to see him again and such a nice surprise!

I think last night was the 16th time I'd seen the show. To be honest, I've lost count! If you really wanted to see every blog post of every performance of Spamalot I went to, then click here, but I'd understand if just wanted to see the highlights:

Do you think Spamalot will return next year as part of the 40th anniversary of Monty Python and the Holy Grail? I hope it does!
Posted by johnalexwood at 16:00 No comments: