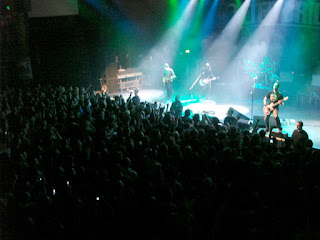 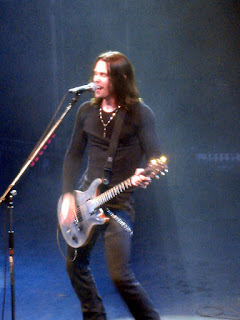 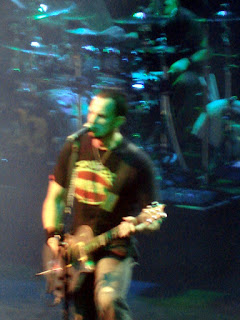 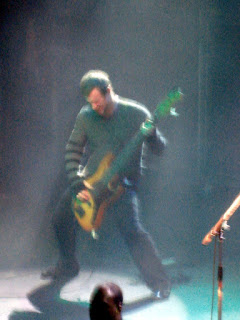 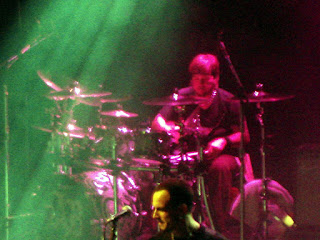 You can buy tickets for Alter Bridge LIVE at the Carling Brixton Academy, Sat 8 Nov 08!

For other forthcoming Alter Bridge gigs, click here.
Posted by Gemma Harris at 14:02 No comments:

Printer Management Software ‘Print Manager Plus’ officially a ‘green’
company as it saves over 150,000 trees a month worldwide 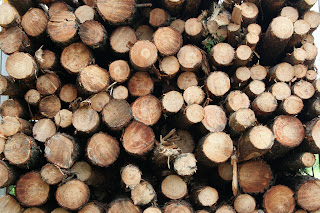 The approximate number of trees that Print Manager Plus
saves worldwide every 30 minutes.

Clearwater, Florida and London: The printer control company, Software Shelf International, has been included in the international green online directory GuideMeGreen which lists companies and charities that offer ethical and environmentally-friendly products and services.

Software Shelf’s print management tool, Print Management Plus, limits users’ ability to print their files by setting quotas or restricting printing by file size and type. The result is a dramatic reduction in wasted paper and ink which not only saves a vast amount of cost for the organisation, but is also great for the environment.

One user of Print Management Plus recently conducted a study into how much paper the software was actually saving them. The Jeanne d’Arc Technical College in Rennes, France which installed the software 2 years ago has 1200 students, 130 staff, 350 workstations and 14 networked printers. They report a saving of between 200 to 300 reams of paper per month, which together with savings on ink, electricity, printer repair and maintenance equates to a saving of about 15,000 Euros a year.

David Oglaza, founder of http://www.guidemegreen.com/ says “I was astounded when I saw how many thousands of trees Print Manager Plus is saving and we very much welcome Software Shelf to the site.”

According to the environmental site Conservatree, 17 reams of paper can be made from one tree. As there are about 10,000 schools using Print Manager Plus worldwide (each with an average of 1100 students), each school using Print Manager Plus is saving around 15 trees a month. In total, that represents a saving of 150,000 trees every month among its school customers alone; this figure does not even take into account the thousands of companies that also use this print limiting software.

“The positive impact that Print Manager Plus has on the environment is far reaching. Not only does it reduce paper and ink consumption, but it also reduces the amount of waste paper going to landfill as well as CO2 emissions as a result of the reduced printer running time. It thoroughly deserves to be known, from now on, as a ‘green’ product and Software Shelf has truly earned its listing in GuideMeGreen,” says Danny Byrnes, Software Shelf’s product manager.

This press release was submitted to:
Search results:
Extras 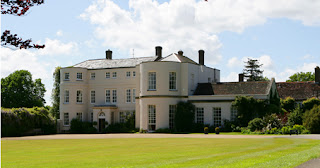 Lewes, East Sussex: Newick Park, the Country House Hotel, near Lewes and Glyndebourne in East Sussex – the popular conference and wedding venue - has been awarded the Condé Nast Johansens Reader’s Award for the excellent feedback it has received from its guests over the past year. 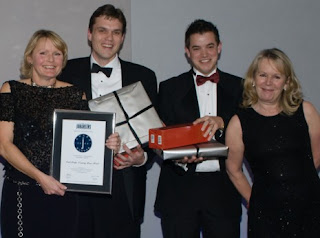 From right to left: Virginia Childs, Newick Park owner; Tom
Hibbert, Deputy Manager; and Adrian Clifton, Hotel Manager
Condé Nast Johansens, publishers of the international luxury travel guide of premium resorts and hotels - widely regarded as the most prestigious Hotel Guide on the market – presents awards, annually, to those properties, worldwide, that represent the finest standards and best value for money in luxury and independent accommodation.

At the recent Gala Dinner held at the Jumeirah Carlton Tower, Knightsbridge, London, Newick Park Country House Hotel and Estate was awarded the Condé Nast Johansens Reader’s Award - the only award to be judged solely on guest comments for hotels receiving consistently excellent feedback throughout the year.

Here is an example of one such comment the Sussex hotel received: “[We] would return for the charm, the peacefulness and the warmth of service.”

Condé Nast Johansens Reader’s Award is considered to be the most sought after since it is the only one based on direct feedback from the guide’s users. Newick Park Country Hotel was a winner chosen out of a shortlist of 6 finalists for Great Britain and Ireland.

“We’re so proud to have been given this award! It certainly proves that we really do know how to look after our guests,” says Adrian Clifton, Hotel Manager.

With two AA Rosettes to its name, Newick Park Country House Hotel is well known for its high quality cuisine, with much of its fruit, vegetables and game coming directly from the estate. Whenever possible, the hotel uses organic produce.

The quiet country hotel, Newick Park, not far from Haywards Heath is a beautiful Grade II listed Georgian country house set in over 200 acres of landscaped gardens and parkland with glorious views over the Longford River and Lake to the South Downs. The house has been restored to a level of understated elegance and utter comfort. As one of the few estates to be both privately owned and run, guests to the house are guaranteed a level of care that is quite outstanding. This has led to it being recognised by the AA as one of its top hotels in Great Britain and Ireland.

Posted by johnalexwood at 13:41 No comments:

Hey All You Swedes Out There, Vote for Nina in TV3's (SPAMALOT) West End Star!

Nina, I'd vote for you if I could

'West End Star' finalist, Nina Söderquist
West End Star, the Saturday night talent show on Sweden's TV3 channel, will find the replacement for the Diva in Monty Python's SPAMALOT - now playing at London's Palace Theatre in Cambridge Circus. The Diva (The Lady of the Lake) is currently being played by the brilliant Hannah Waddingham, who will soon take over that role in the Broadway production of the show (played until recently by Marin Mazzie). 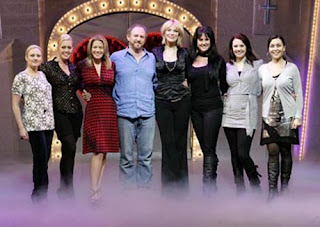 There now remain 5 Swedish finalists. Each week (starting tonight), one will be eliminated by phone vote, leaving the winner (on 2 Feb 07) to take over from Hannah in London on 11 Feb 07.

Being a long-time serious Python and (recently) Spamalot fan (seen the show 3 times already! - see previous blogs), I have been following this competition for a while via both http://www.pythonline.com/ and http://www.tv3.se/ (warning - no subtitles) , and ... no offence to the other contestants, but for me, the clear winner is the rock singer, Nina Söderquist.

You can see she is already tuned in to the Python 'thing', she has the power in her voice needed for this role, her stage presence is huge (another rather essential prerequisitttttte), I love hearing her sing and she is also great fun. (Watch her auditions in some of the previous shows via the above links and you'll see what I mean. What did it for me was her own 'Python' version of Gloria Gaynor's 'I Will Survive'. It was excellent!)

All we need now is for the Swedish-Saturday-night-TV3-viewing public, who own a phone, to see the bleeding obvious. Please don't make me have to fly over there just to make 5000 phone votes from my hotel room, all on my own!

Nina is in the final!- SvD - En av dem blir stjärna i London
- Holmgren & Söderquist Vie for Lady of the Lake in UK 'Spamalot'