In just a few hours from now (what time is it in Perth right now anyway?), Alter Bridge go on stage for the first time in Australia - Metro City, Perth, Western Australia - to be exact. That's quite a milestone for a young band. You guys down under are in for a treat! 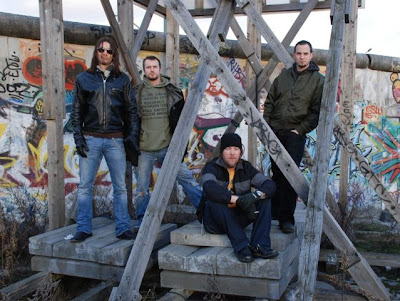 Alter Bridge at the Berlin Wall

They have 5 more dates in Australia after tonight, and then 3 in New Zealand. And after that, the UK! 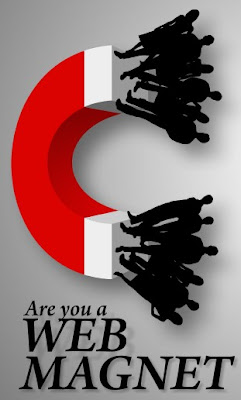 * Web Magnet is a net-wide search to find the guys and gals who can attract the most traffic to ShareNow.com in 60 days

* To win a part time, full time job, or paid internship with ShareNow.com

Winners will be announced October 31, 2008
We will only be considering people who attract genuine traffic (not artificial traffic) so check back to the Web Magnet blog for tips and tricks!

1. Register at http://ShareNow.com and create a profile
2. Submit a friendship request to http://WebMagnet.ShareNow.com add (WebMagnet) in the request (so that we know your a contestant)
3. Promote your profile any and everywhere!

Posted by johnalexwood at 12:31 No comments: 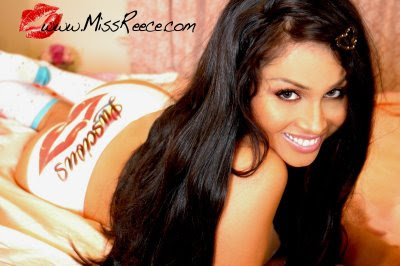 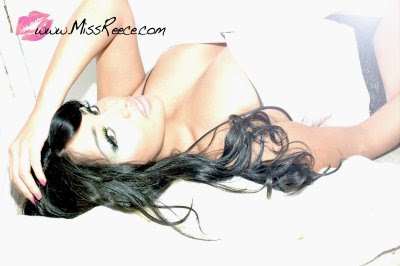 Posted by johnalexwood at 02:43 No comments:

Grant dedicated to the Human Interface Technology Laboratory research center of the University of Canterbury, New Zealand
New York, New York – The Media Power Group, a leading innovator in the global mobile media market, today announced a private grant of $2 million to Canterbury University in New Zealand. The grant is dedicated to the university’s Human Interface Technology Laboratory research center with the mission of increasing the current available research and education dedicated to Augmented Reality (AR) and mobile computing technologies. This announcement comes on the heels of a recent pledge by The Media Power Group of $5 million to Georgia Tech University’s Graphic Visualisation Usability Centre.

Professor Mark Billinghurst of the Canterbury University, New Zealand, is a pioneer in Augmented Reality (AR) and is focused on creating, together with Media Power, one of the largest AR teams worldwide and plans to leverage the grant to conduct further research and develop various applications. To date, Professor Billinghurst and his team have spearheaded advances which brought Augmented Reality to mobile devices.

“We are very excited about the opportunity to collaborate with Media Power and their other academic partners. Media Power have collected together some of the best AR researchers in the world and we are proud to be able to work with them on bringing this technology into the mainstream,” said Professor Billinghurst on the announcement of the grant.

“Previously only viable in the research labs, Augmented Reality is one of the most exciting and promising technologies today,” stated Rich Jenkins, CEO of Media Power. “Media Power is commercializing the technology and plans to make it available to everyone. By leveraging AR, Media Power creates an entirely new advertising paradigm for marketers, and media buyers to reach consumers worldwide as well as enhancing user experience on the handset.”

About HIT Lab NZ
The Human Interface Technology Laboratory New Zealand (HIT Lab NZ) is a research institute at the University of Canterbury conducting research in next-generation human computer interfaces such as Augmented Reality, Visualization, and Teleconferencing. With over 40 staff and students the HIT Lab NZ is the largest AR research group in the Southern Hemisphere. The University of Canterbury is New Zealand’s second oldest university and home to its top ranked Engineering School. For more information about the HIT Lab NZ, see http://www.hitlabnz.org

About Media Power
Media Power is a unique tech company that develops consumer and business products based on Augmented Reality technology (AR) and other advanced systems. Media Power has two divisions: Magitech and GetFugu.com and provides a range of high-tech goods and marketing services for several clients.

Labels: applications, AR, Augmented Reality, cell phone, grant, mobile computing technologies, technology
Newer Posts Older Posts Home
Subscribe to: Posts (Atom)
Love Alter Bridge, Nicky Hopkins, Spamalot, Terry Gilliam's "Brazil", Monty Python and I am BFI's Biggest Monty Python Fan. My stepfather invented the Kenwood Chef, my father liberated Bergen-Belsen Concentration Camp and my godfather was Jagaddipendra Narayan, the Maharajah of Cooch Behar. Went to Cranleigh School and the University of Surrey. Scientologist. Vegan. East Grinstead. This blog is about all of the above and more, but not necessarily in that order.