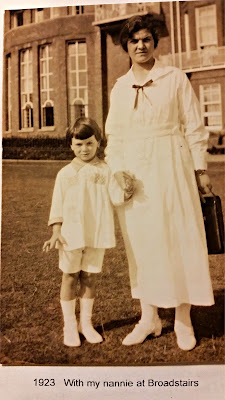 Posted by johnalexwood at 14:56 No comments: 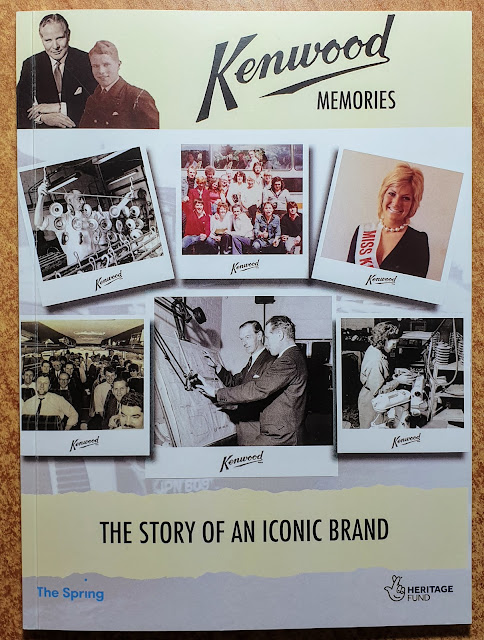 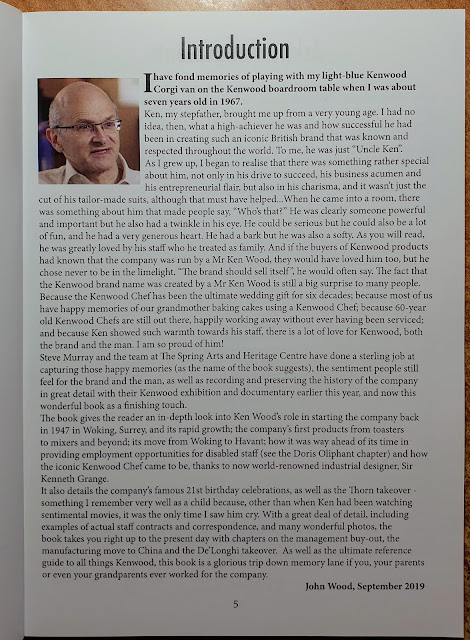 The book is available to buy from The Spring Arts and Heritage Centre, priced £5.
Posted by johnalexwood at 23:09 No comments:

A screening of No Asylum at the GSA in the presence of Anne Frank's stepsister, Eva Schloss


I was honoured to have been invited to an incredible evening at the Guildford School of Acting (GSA), part of the University of Surrey where I studied in the 1980s for my degree. Firstly, there was the screening of No Asylum: The Untold Chapter of Anne Frank's Story in the presence of the incredible Eva Schloss MBE, Anne Frank's stepsister and Auschwitz survivor, followed by a Q&A that I was asked to be part of, representing my father, Belsen liberator, Leonard Berney, author of Liberating Belsen Concentration Camp - a personal account. who appears in No Asylum together with Eva. This was followed by a performance of The Diary of Anne Frank by GSA students which was so professional and also very moving!


Here is a video of the Q&A

Here is the press release issued by GSA about the event:


Eva Schloss MBE, author and Holocaust Survivor, discusses her experiences on the occasion of GSA’s production of “The Diary of Anne Frank”

On December 13th 2019, GSA had the privilege and honour of welcoming Eva Schloss MBE, author, international speaker and holocaust survivor to the University. GSA held a special screening of “No Asylum”, a documentary about the lately discovered papers that meant researchers could, at last, chronicle the journey of Anne Frank’s family. Eva Schloss is the step-sister of Anne Frank, daughter of Otto Frank who features in the film. Also present was John Wood, the son of Major Leonard Berney, the first British Officer to liberate Bergen-Belsen. John, like Eva, makes it his life’s mission to share these first-hand stories, “Lest We Forget”.

The extraordinary screening and Q&A event in December came about serendipitously following Director Nicholas Scriven’s decision to stage the play “The Diary of Anne Frank” with the BA Actor Musicians. The production was a chance to speak to a new generation about the oppressive nature of discrimination and prejudice. Nicholas Scriven's idea to incorporate original music written by Ilse Weber, Pavel Haas and Gideon Klein, all composers that had died in the Holocaust, was particularly poignant. The combination of elements and the talented cast made for an arresting and powerful piece, clearly appreciated by the audiences who gave standing ovations.

The Pulitzer Prize-winning play was originally written by Frank Goodrich and Albert Hackett in 1955. It won the Tony Award for Best Play and was then adapted into the Oscar-Nominated Diary of Anne Frank in 1959 prior to being revised in 1997 by Wendy Kesselman.

The cast of Anne Frank attended the screening of “No Asylum” and actors Marta Miranda and Heather Gorniak, (playing the title role Anne Frank and her sister Margot Frank respectively) joined Eva & John and Head of GSA, Sean McNamara on stage afterwards for the Q&A. Cast and audience were both visibly moved to hear these first-hand personal accounts from this tragic chapter in history and Eva’s clear message of tolerance, compassion and indefatigable hope echoed the chiming words of Anne Frank in that tiny attic all those years ago.

In the audience was University of Surrey’s Rabbi Alex Goldberg, who later tweeted “Attended the final performance of GSA’s The Diary of Anne Frank having met with her step-sister Eva Schloss yesterday. Thanks to Nicholas Scrivens and all that I met in rehearsals whose dedication reminded me of Anne’s words “I believe that people are good at heart”." Even now cases of anti-Semitism still regularly feature in the news. In the Q&A that followed the screening, Eva talked about examples of genocide and persecution in the world today and the ever-important relevance of retelling this story and learning from our mistakes.

Nicholas Scrivens, Programme Leader at GSA, said: “Sadly, Anne Frank’s story is as relevant today as ever, with anti-Semitism and other forms of prejudice still rotting society. Its messages, communicated in such a poignant way by GSA’s actor-musicians, need to be heard.”

“One of the things that struck me was that the diary acts as a kind of "window" through which we can begin to approach the Holocaust… when one has knowledge and understanding of what has been before it there is a greater sense of need and obligation to share the story from generation to generation.”

“Music is an intrinsic part of theatrical storytelling and on the Actor Musician course we integrate music to further the narrative. Rather than simply "scoring" for this project, it was an opportunity to re-visit the work of artists murdered in The Holocaust. The tragic element is that all of these voices were silenced by 1945. But the joy and power of theatre is that a new generation can re-tell their work to the world. We have to remember that the Nazi's aim was not just to eradicate all of the Jews in Europe but to eradicate a culture, its music and its language. Therefore, each performance using their music, words and themes are a defiance and a way of saying - you failed and you will always fail as long as people have empathy and tell the stories and sing these songs.”

“I have never worked with a company of students so dedicated or committed to the telling of one story. In their own time and together as an ensemble they visited the Imperial War Museum, The Anne Frank House in Amsterdam, some journeying on to visit Auschwitz. Their research informing every choice and every moment of the play.”

The BA (Hons) Actor Musician programme is a relatively new GSA course, taught by industry-leading professionals, that develops the actor-musician’s skills to be able to take advantage of the ever-growing demand for versatile professional performers who can combine superb acting ability with a high standard of musicianship.
Posted by johnalexwood at 22:38 No comments:

Labels: anne frank, belsen, eva schloss, gsa, guildford, holocaust, holocaust education, human rights, university of surrey
Newer Posts Older Posts Home
Subscribe to: Posts (Atom)
Love Alter Bridge, Nicky Hopkins, Spamalot, Terry Gilliam's "Brazil", Monty Python and I am BFI's Biggest Monty Python Fan. My stepfather invented the Kenwood Chef, my father liberated Bergen-Belsen Concentration Camp and my godfather was Jagaddipendra Narayan, the Maharajah of Cooch Behar. Went to Cranleigh School and the University of Surrey. Scientologist. Vegan. East Grinstead. This blog is about all of the above and more, but not necessarily in that order.