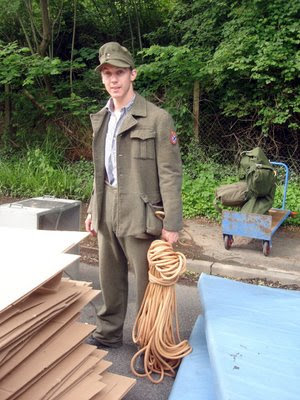 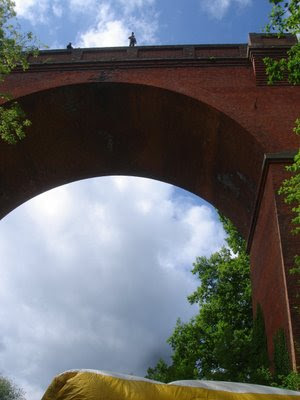 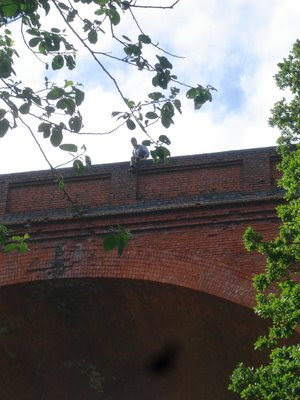 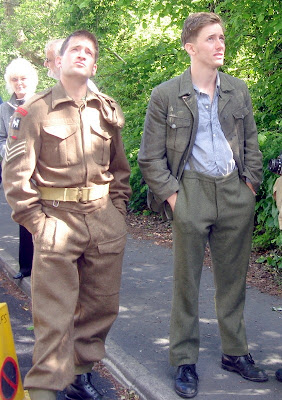 Members of Parliament - Claims for Expenses and Allowances

.
Members of the British Parliament, when asked to explain the amounts they have claimed, invariably say: “All my claims comply with the rules – I have done nothing wrong”.

I was interested to know what, exactly, are the rules about expenses and allowances behind which these MPs shelter.

The rules and the amounts claimable are set out in a "Green Book" and in the "Code of Conduct for Members of Parliament".

The rules are crystal clear -- they include the following passages:
In my opinion, nothing could be clearer than that!

According to the allegations published by the Daily Telegraph, many MPs claimed and spent or pocketed Expenses and Allowances which were not “wholly, exclusively and necessarily incurred in the execution of his/her duties as an MP”, that were not “above reproach”, did “misuse public money”, were not “value for money”, which were “extravagant or luxurious”, were not “in support of parliamentary duties”, were “for personal benefit”. And that, as such claims were knowingly in breach of the rules, the MP concerned could “damage the reputation of Parliament or its Members”.

Therefore, where the allegations are true, clearly the MPs concerned have NOT “claimed within the rules, done nothing wrong” as they all say – clearly they HAVE breached the rules.

In a commercial company, if an employee had been found to have personally benefited from or pocketed any of the firm’s money, that employee would certainly be expected to return the money he had “stolen” and would probably be dismissed, if not charged with criminal theft.

As I see it, that is exactly how MPs who have fraudulently spent or pocketed tax-payers’ money should be treated.
.
Posted by johnalexwood at 18:56 No comments:

As I see it........ by L. Berney
The collapse of the World’s financial system is blamed on the excessive and irresponsible loans made by the banks. The rules under which banks operate have been proved to be disastrously inadequate. It seems to be universally agreed that when we get out of the financial mess we are in, the rules governing banking operations will have to be re-written.

In 2008, the world’s financial system collapsed – we now have a world-wide recession. Blame is leveled on the world’s banks because, over the last two or three decades, they lent out too much money too easily.

After the “Wall Street Crash” of 1929 and the “Great Depression” of the 1930s (caused, as now, by excessive bank lending) new banking rules were established which geared the maximum amount banks could lend to the amount of money deposited with them -- the “Cash Reserve Ratio” of the “Fractional Reserve Banking” system. Starting in the 1980s, governments began to relax those rules, to allow the banks to reduce their Cash Reserve Ratios, to lend more. The thinking at the time was that restricting the amount of money loaned was stifling economic growth. By around the year 2000, most banks were “de-regulated” and were free to loan out as much money as they wished – it was left to “the efficiency of the free market” and for the banks themselves to decide how much.

The amounts they loaned escalated. The amount banks that lent out compared to the deposits they held was, on average, as follows:

This heavily increased lending (and therefore spending) and gave rise to higher than realistic living standards – a BOOM – but a boom based on excessive debt. Due to various reasons – such as fierce competition between banks; lowering of credit criteria (125% mortgages!); belief that property would keep going up; lax management practices; variable mortgage rates, the greed of bonus-earning executives -- loans were made to people and businesses who, in the event of a downturn, had little or no possibility of paying the interest due on their loans.

In the USA in 2007/8, mortgage interest payment defaults started to occur which rapidly led to a fall in property values. Banks stopping further lending, there was a “credit crunch”, and that in turn led to a world-wide economic downturn. The debt bubble has burst and we now have a BUST.

NEW BANKING RULES – A PROPOSAL
Since the BUST was caused by the banks over-lending, how should the rules under which banks operate be written so that this BOOM-BUST situation does not to happen again? As a Bank of England report says, “...a fundamental re-think of safeguards against systemic risk is needed.” The G20 summit and indeed the whole world now see that the old banking rules are woefully inadequate and that the need to devise a new set of banking rules is essential.

In an ideal world, the economy would be based on, “Live within your means -- you can only have what you can pay for – if you can’t pay for it, you can’t have it”.

However, it is a fact that the economy of our world relies on many people and most businesses being in debt -- having what they can’t pay for.

If loans were prohibited I expect we would all be back to the Stone Age!

I am not a banker but, for what it is worth, I will throw my hat into the regulation ring!

My proposal for new banking rules (bank regulations) would be as follows:

SEPARATION OF BANKING FUNCTIONS
The first requirement is the separation of current banking functions. The functions currently performed by banks would be re-structured. “Banks” would perform current/checking account functions only. Deposit and loan functions would be separated off from our existing banks and would be performed by legally separate commercial entities, “Finance Houses”.

BANKS
Banks would supply current/checking account services only.
Banks would have on hand at all times the total of the deposits lodged with them, a banking system known as “100% Reserve Banking”.

Banks would not “use” customers’ money in any way, would not make loans of any kind, would not permit overdrafts, would operate debit cards but not credit cards, would neither pay interest nor charge interest. Their income would derive solely from bank charges.

Each Bank would have an account with the country’s Central Bank. At the close of business each day, Banks would transfer any amount in excess of 20% of the total of the amounts deposited with them to their account at the Central Bank, or call back from their account any amount below 20%. This would ensure that, in the event of a Bank failure, 80% of the Bank’s customers’ money was securely held in the Central Bank and could be promptly returned to them.

A state-operated Compensation Fund funded by compulsory contributions from all licensed Banks would, in the event of a Bank failure, make good the difference between the 80% funds held by the Central Bank and failed bank’s customer account balances.

FINANCE HOUSES
Finance Houses would operate the deposit-and-loan and mortgage function currently operated by banks.
To curb Finance Houses from making imprudent and/or excessive loans, the following rules would be applied:
A state-operated Compensation Fund funded by compulsory contributions from all Finance Houses would, in the event of a Finance House failure, pay depositors up to the first £50,000 of their deposits.

LIKELY OUTCOME
If these banking rules were to be adopted, and when the World economy had steadied, what would be the likely outcome?

---
Other Financial papers in this series:
Recession I, Recession II, Recession III, Money Supply, Prices Wages & Inflation.
Posted by johnalexwood at 02:16 No comments:

Labels: banks.banking, crdit crunch, downturn, recession, regulations
Newer Posts Older Posts Home
Subscribe to: Posts (Atom)
Love Alter Bridge, Nicky Hopkins, Spamalot, Terry Gilliam's "Brazil", Monty Python and I am BFI's Biggest Monty Python Fan. My stepfather invented the Kenwood Chef, my father liberated Bergen-Belsen Concentration Camp and my godfather was Jagaddipendra Narayan, the Maharajah of Cooch Behar. Went to Cranleigh School and the University of Surrey. Scientologist. Vegan. East Grinstead. This blog is about all of the above and more, but not necessarily in that order.