Maverick filmmaker and former Monty Python member Terry Gilliam and the Scottish online distributor Distrify asked bloggers like me to take part in a unique experiment to help distribute Gilliam’s latest film via the Internet.

Although this unique auteur is at an age when many men think of golf and slippers, Terry Gilliam is embracing new technologies and forward-thinking methods of distribution to ensure his latest film THE WHOLLY FAMILY, winner of the 2011 European Short Film Award, is seen by his fans worldwide. (Running time approx 17 mins)

No old school cinema, DVD or TV, with the supply roads controlled by faceless bureaucrats, for this wild man of film! With the help of Distrify and bloggers (particularly Python fan blogs like this one) all over the world, he is carrying out a new method of engaging with his fans known as D2F- direct to fan.

For the first time in film history, a fan of Terry Gilliam will be able to buy the film directly from the man himself. Using the Distrify player, Terry is able to simply and effectively sell the film direct to those who want to see it without having to persuade a cinema to book it; a retailer to put it on their shelves or a broadcaster to license and schedule it. Terry can offer the film for sale from his own site. This blog is acting as conduit to Terry himself and has, therefore, become a Gilliam elf working away at the grindstone making like fans aware of what is going on.

Anyone can now simply watch the trailer on this blog and then without leaving the page, they can purchase the THE WHOLLY FAMILY straight away for the price of a cup of tea (cold tea, without milk, or sugar, or tea!) and watch it for 5 times over 30 days on their computer, iPhone, Android phone, iPad or internet-enabled TV.

"I just sit in a comfy chair and get you guys to do all my work,” said Gilliam from his home in Highgate North London. "Of course gone are the days when I could exploit my helpers for a crust of bread and a cup of sour milk. Unfortunately, you will also earn money from the selling of the film, which is another first. It is the way forward for filmmakers like me. Distrify means that more of the money made from exploiting a film goes to the people who made and financed it. This in turn means that the money can be reinvested and more films will be made, thus creating more jobs. Distrify has made a small step for The Wholly Family but a giant leap forward for the film industry.”

Here are some stills from the movie that are supposed to encourage you to watch the movie, obviously: 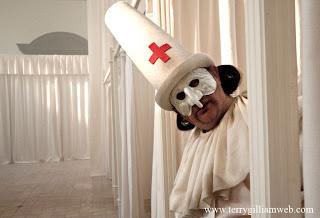 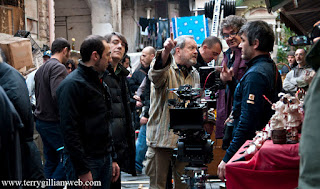 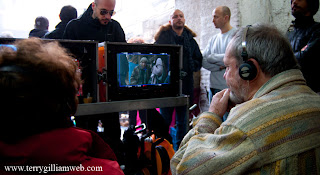 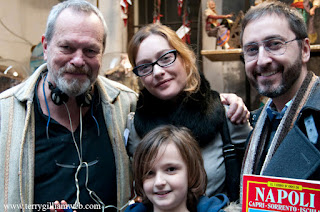 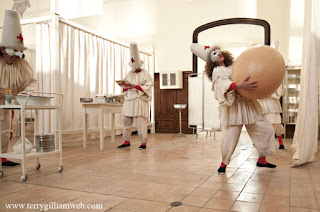 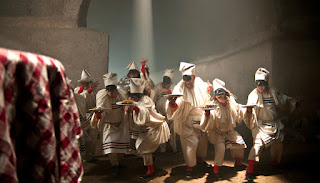 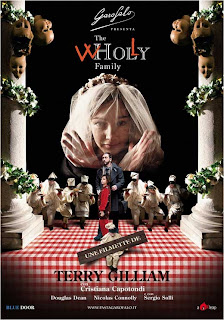