What a great time I had yesterday at the World Premiere of the horror movie, 13 Hrs, by the same production company that brought you Dog Soldiers. 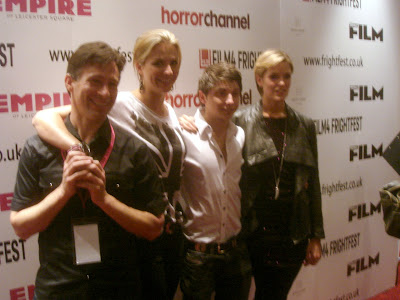 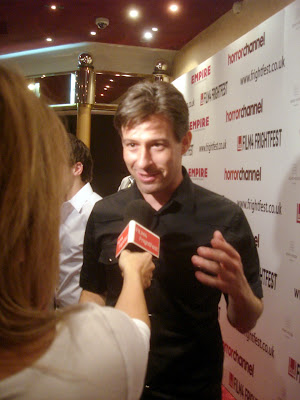 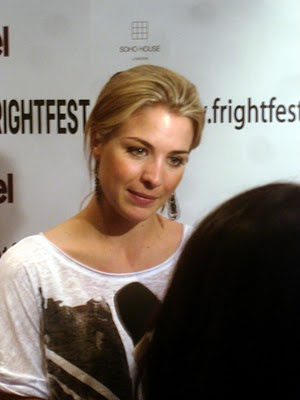 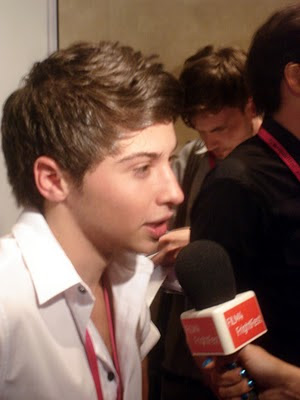 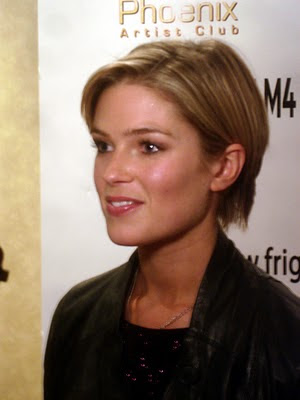 Isabella Calthorpe
Here's a video of Jonathan Glendening, Isabella Calthorpe, Gemma Atkinson and Antony De Liseo doing non-stop media interviews after the showing of 13HRS at its World Premiere. Here's what you can just about hear Jonathan saying: "... Peter Gadiot .... my car battery light, and he's just going insane in his mind and it's just this one short .... that's my favourite bit! it's nothing much but .... he's so strange and 'out there' ....really really like it.

I really enjoyed 13 Hrs! I was as tense as hell as soon as it started getting spooky and 100% absorbed. To think the whole thing was shot in only 18 days! The acting was great, and really amazing editing and score.

I've been thinking through the ending a lot today - I like movies that make you think. You know you've seen a good movie if you find yourself still thinking about it the next day!

Posted by johnalexwood at 13:18 No comments:

Labels: blood, films, gorey, guts, horror, movies, premiere, scary, warewolf
Newer Posts Older Posts Home
Subscribe to: Posts (Atom)
Love Alter Bridge, Nicky Hopkins, Spamalot, Terry Gilliam's "Brazil", Monty Python and I am BFI's Biggest Monty Python Fan. My stepfather invented the Kenwood Chef, my father liberated Bergen-Belsen Concentration Camp and my godfather was Jagaddipendra Narayan, the Maharajah of Cooch Behar. Went to Cranleigh School and the University of Surrey. Scientologist. Vegan. East Grinstead. This blog is about all of the above and more, but not necessarily in that order.