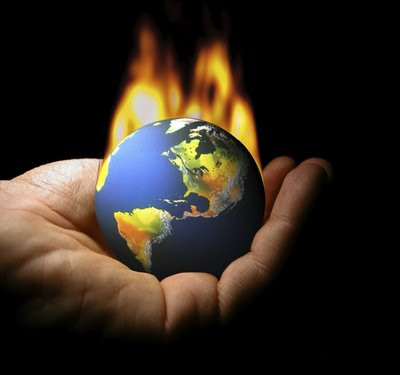 image from www.watersecretblog.com
As I See It

On 1st December 2008, more than 9,000 delegates from around the World gathered in Poznań, Poland for two weeks of critical UN-sponsored talks on tackling climate change. About 150 prime ministers and environment ministers attended the discussions, which are part of a process on finding a successor to the Kyoto Protocol. The Kyoto Protocol is due to end in 2012, and there is now a major international push to have its successor agreed by this time next year.

The basis of the Kyoto Protocol is that the planet is getting warmer and this ‘global warming’ is due in the main to human activity, namely the release into the atmosphere of the greenhouse gas, CO2. The scientists who are behind the Protocol believe that, unless mitigating action is taken, the temperature of the planet will rise over the coming decades by 3ºC to 6ºC and that the effects on humanity will be catastrophic.

However, there are a large number of other scientists (the sceptics) who did not, and still do not, agree with the science behind the Protocol. They challenge the accuracy of the records that purport to show that the planet is getting warmer. They question the assumption that the man-made CO2 that has been added to the atmosphere over the last two centuries has made any significant change in the temperature or the climate. They believe that, if in fact global warming is taking place, there are causes other than man-made CO2 to explain it. They fear that the actions being implemented by World leaders to drastically reduce the volume of man-made CO2 will cause great harm to the World’s economy – needlessly.

This site summarises a large number of articles opposed to Kyoto:
www.climatechangeskeptic.blogspot.com/

I tend to agree with the sceptics.

I think the planet is probably still warming up from its last ice age of 10,000 years ago – at a rate of perhaps 0.5ºC to 1ºC per century. That rate of warming will cause little or no difference to the climate or to humanity.

I think the present policy of restricting the use of power, “carbon trading” and the like, will cause serious and needless decline in the World’s economy.

I believe that, as this century advances, the World will need a great deal more power -- abundant and cheap power -- especially if we are to lift a quarter of the World’s population out of poverty and at the same time provide for a projected population increase of 3 billion extra citizens.

However, I do believe that we should wean ourselves off of burning fossil fuels, NOT for ‘stop-CO2-emissions’ reasons, but for several other valid reasons.

Where, then, should our power come from? In my opinion, first choice, the development of Geothermal Energy – second choice, Nuclear Energy.
Posted by johnalexwood at 12:20 No comments:

A Bag of Excellence 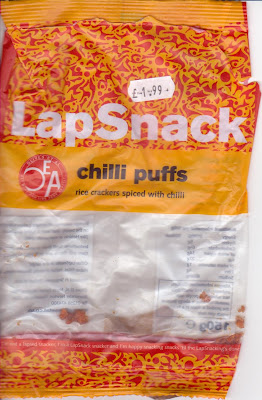 (a completely natural product - no chemical additives)
TOTALLY DELICIOUS AND ADDICTIVE!
by Olives Et Al in Dorset.
Posted by johnalexwood at 22:55 No comments: 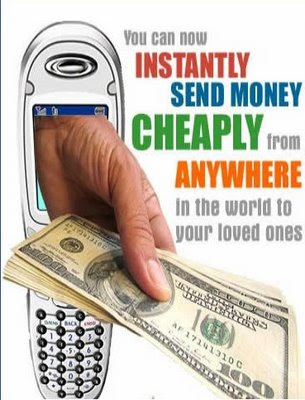 If you ever need to send money to your friends or family in Kenya, here's a cool new money transfer service with a difference. All you need is access to the internet, and Africashmoney lets you send both mobile phone (cell phone) airtime AND money (PESA) to anyone in Kenya with a mobile phone. That's pretty neat!

From Stormbringer, the Austrian Heavyzine

Labels: alter bridge, concerts, interviews, mark tremonti, myles kennedy, rock gig, rock music
Newer Posts Older Posts Home
Subscribe to: Posts (Atom)
Love Alter Bridge, Nicky Hopkins, Spamalot, Terry Gilliam's "Brazil", Monty Python and I am BFI's Biggest Monty Python Fan. My stepfather invented the Kenwood Chef, my father liberated Bergen-Belsen Concentration Camp and my godfather was Jagaddipendra Narayan, the Maharajah of Cooch Behar. Went to Cranleigh School and the University of Surrey. Scientologist. Vegan. East Grinstead. This blog is about all of the above and more, but not necessarily in that order.