The We-Welease of Monty Python's The Life of Brian

Went to see the 40th-anniversary re-release (we-welease) of Monty Python's The Life Of Brian with Gemma and Hy Money at Scott Cinemas East Grinstead last night.

We were all given a Limited Edition Pack filled with lots of silly things: a fake beard, a reprint of an article by Sanjeev Bhaskar about the film, an info sheet on the film which included origami instructions on how to turn the sheet into a boulder (could come in handy for a stoning), the movie's song lyrics, a sheet of silly stickers and the movie poster.

It was great seeing the film yet again. Hearing the audience laugh adds another dimension to the enjoyment of watching movies that you just don't get when with home viewing.

Posted by johnalexwood at 16:38 No comments:

What an honour, being asked to talk about Monty Python's "Life of Brian" on the BBC News Channel on the film's 40th anniversary yesterday (18th April 2019)! Our first time on live TV. A bit nerve-wracking! Simon McCoy said, "Just relax and imagine it's just us three having a chat." He was hoping we would somehow forget about the millions watching all over the world! You can watch the interview here: https://www.facebook.com/MontyPythonUnofficial/posts/2268887526465283

We mention "Pythonesque Dating (for Monty Python Fans Looking for Love)", the Facebook Group I set up through which I found Gemma who is as passionate about Monty Python as I am. Here's the link: http://www.facebook.com/groups/pythonesque.dating

We would love the group to produce another happy Python couple! 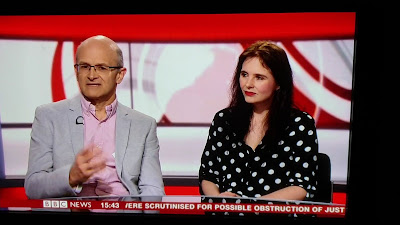 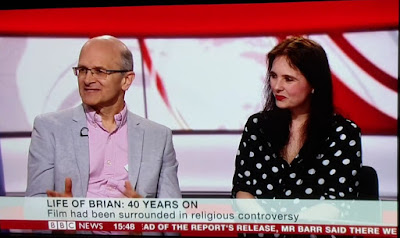 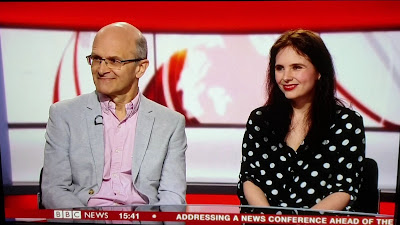 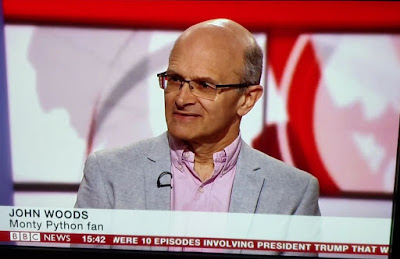 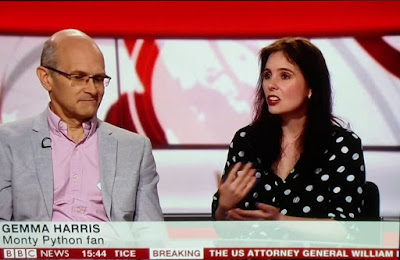 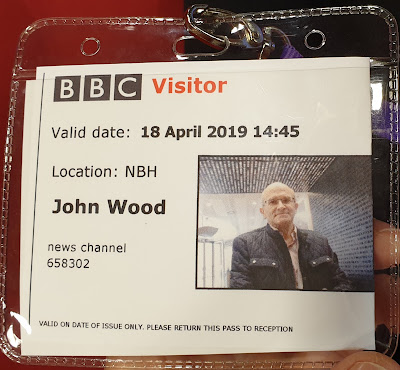