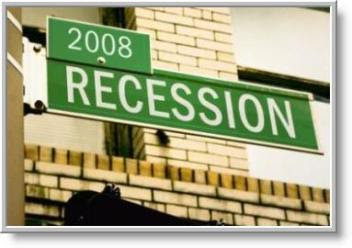 (image from http://www.contractorselling.com)
by L. Berney

It is generally recognised that the world is in financial recession, and is in danger of falling into a depression. Zillions of words have been written about the current situation, what caused it, what should be done about it, and how to prevent it from happening again. But none of the articles I have read sets out the problem the way I see it.

The present standard of living of everyone in the world, at whatever level -- high, average or low -- is related to, and depends on, the amount of debt around the world. If the debt per head of the population was at the level it was say 30 years ago, everyone's standard of living would be lower. Over the last 30 years or so, that debt 'bubble' has grown steadily and substantially. This current financial crisis is, it seems to me, due to that debt bubble having grown unsustainably large until, inevitably, it had to burst. (We all knew it had to happen, didn't we!)

Everyone (with hindsight) blames the banks and financial institutions for handing out too much credit too easily – ‘unbridled capitalism’. Individuals have been obtaining a virtually unlimited number of credit cards and therefore virtually unlimited credit. Mortgages have been handed out, not only with no deposit, but for amounts greater than the value of the property, and to persons whose income was clearly insufficient to cover the mortgage payments. Likewise imprudent loans have been available for cars, furniture, etc. Bank loans have been handed out to individuals and commercial firms based on inadequate credit limits.

Starting in 2007 with some USA ‘sub-prime’ borrowers unable to pay their debts, the banks etc. found themselves running out of funds and in trouble. Problems snowballed and the debt bubble burst. As a result, interest rates on loans have doubled and trebled and new loans are hard if not impossible to arrange. The whole of the world’s economy, based as it is on a continuing and unsustainable level of debt, is collapsing.

Now, the world is screaming out for our economy and standard of living to be maintained at the level it was last year. For that to be, the world will need to run with the same high level, indeed the unsustainable level of debt as there was before! Seems to me, very obviously, that you can't have an inflated standard of living funded by an unsustainable level of debt, and a prudent limited credit policy at the same time!

Nevertheless, the world’s leaders and finance ministers are trying to do just that. Their ‘solution’ seems to be to capitalize the banks from public funds and thus to shift the risk from the private sector to the public sector. This is not a long-term solution – this will only postpone the inevitable.

Recently, the CEO of a major bank said, “We were making loans too easily. Earlier this year it became necessary to write down heavily the value of our securities. To remain solvent, we were obliged to accept loans from our central bank, at a high interest rate – as a result, the value of our shareholders’ shares has fallen by two thirds. We have amended our loan criteria and we are now making far fewer loans than previously. The government is urging us to resume lending at the same level as in 2007. If we were to do that, the result would be the same as it was in the period we have just come through – massive write-downs and further heavy losses. We do not want to make the same mistake twice; consequently we have decided to continue with our reduced lending policy. This bank is a commercial business, not a public benefactor. The bank belongs to its shareholders -- our aim is to make profits. We are under no obligation to make loans that we consider unsafe. We will not be complying with the government’s requests.”

As I see it, the global debt level will of necessity, and by the laws of economics, fall to a lower level, the level it was in, say, the 1970s; this inevitably means that the people’s standard of living throughout the world will fall accordingly. The imbalances in the national and international financial systems are such that unwinding them will require a prolonged and painful global recession. Global debt reduction, leading to recession, leading to lowered living standards, will take its course.

In economics, there is no such thing as a free lunch!

What of the future? To maintain our Western-style free-market economy, while avoiding the building up of excessive debt followed by an inevitable recession, there has to be Financial Regulation. Getting the amount of regulation right is difficult – there has to be not too much and not too little. It is now widely recognised that the policy of financial de-regulation as practiced in recent years has to be reversed, or at least, tightened up. Over the coming months we shall see what the world’s leaders come up with.


Footnote 1
Economists have been producing ‘models’ of how to manage the economy for centuries. Apparently, they are now “learning the lessons” of 2007/8. It is amazing that, in the 21st millennium, economists still cannot agree on how the world’s economy should be managed!

Footnote 2
Islamic law has some rules about lending and borrowing: you can only have what you can pay for; charging (and paying) interest on loans is forbidden; making money by lending money is forbidden. (Maybe, in the light of the boom and bust mess our free market system regularly gets us into, that’s not such a bad idea?)
Posted by johnalexwood at 02:23