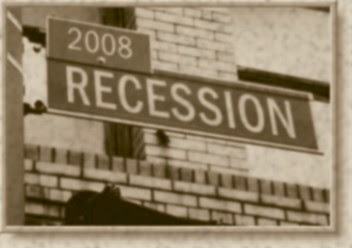 It is generally accepted that the amount of debt in the world has been increasing steadily over the last two decades and that by 2007/8 the ‘debt bubble’ had become so inflated that finally the bubble burst.

But where does debt come from?

Debt originates from banks throughout the world lending money – lending to individuals, businesses and to institutions. The principle of banks lending money is centuries old; bank loans are an integral part of our global economic system.

The basic principle of banking is, or was, this. Individuals, businesses and institutions deposit their cash with an authorised bank. The bank retains a small proportion of that money in ‘liquid’ cash to ensure that it can make withdrawals to individual depositors on demand. It then lends out the balance of the deposits to other individuals, businesses and institutions. Banks pay interest to their depositors and charge a larger interest to their borrowers.

Until recently, banks were ‘regulated’ by their country’s governments to ensure that they did not lend out more money than the total of the money deposited with them. That is how it was, but some 20 years ago governments world-wide relaxed their banking regulations and banking was gradually ‘de-regulated’. This meant that banks were no longer restricted from lending more than the amount of their deposits – they could use their own discretion as to the amount of the loans they could issue. By 2007/8 it had got to the stage that banks were lending out very much more than the money deposited with them, in some cases ten times more.

If banks facilitate loans within sustainable limits, the result is beneficial; the economy grows and standards of living improve. If banks issue loans excessively, the inevitable result is financial and social disaster. Globally, banks have been lending vast amounts in excess of the deposits they held – that vast amount is the ‘debt bubble’.

How is it possible for a bank to lend out more money than the money deposited with it? Like this. When a bank lends money to, for example, an individual in order to purchase a property, or to a business to enable it to expand, that bank ‘transfers’ funds to another bank. But in practice NOTHING TANGIBLE CHANGES HANDS – not gold, not even bank notes. A bank-to-bank transfer requires nothing more than for the two banks to post entries in their respective books. A transfer, having come from another bank, is accepted by the receiving bank and the borrower’s account at the receiving bank is duly credited. That’s it!

What about the banks’ balance sheets? Every company, including a bank, must remain ‘solvent’ – its liabilities must not exceed its assets. With a bank, ‘liabilities’ consist of the amounts deposited with it. Re ‘assets’, believe it or not, when a bank pays out a loan, the full amount of that loan counts as an asset. So, a bank’s assets include all the money owing to it in the form of loans. In this way, from an accounting aspect, since loans are counted as assets, however much it lends out, it remains legally solvent.

In order to make as much profit as possible, and in the belief that property values would go on climbing, and that businesses to whom the banks lent money would go on being profitable, banks have been increasing their amounts loaned out to the maximum they could achieve. The greater the amounts they loaned (and the interest they charged on those loans) the greater their profits. In the banking world, a culture of greed developed. Pressure on management to generate ever greater profits, general lowering of credit criteria leading to the issuing of ‘sub-prime’ i.e. risky loans, an explosion of credit cards, granting of mortgages for the full amount of, and even more than, the purchase price of a property, sloppy management practices – all of these became normal. This culture of greed was fueled by the bonus system which paid large bonuses to bank executives, based solely on the profit they generated.

Thus, after de-regulation, using Alice in Wonderland accounting, the amount banks world-wide loaned out increased dramatically – the amounts of the loans were no longer related to the amounts on deposit.

It is the amounts, far in excess of the amounts deposited, that banks have loaned that has resulted in a global unsupportable debt bubble.

What went wrong?
This ever-increasing-debt economy worked well until sometime in 2007/8 when, starting first in the USA but now world-wide, some of the ‘sub-prime’ borrowers were not able to pay their mortgage payments when due. Some properties were ‘bank re-possessed’ which caused property prices to fall. As a result, some banks were forced to ‘write off’ a part of their loans/assets. Then, to maintain solvency, they were obliged to borrow cash from other banks. Soon, those other banks became unwilling to lend, or if they did so, only at a very high interest rates. We now had a ‘credit crunch’. In a very short space of time, bank loans and the credit on which our economy depends dried up. Factories started to close. Unemployment rose. The public had less disposable cash to spend. Due to the ‘knock-on’ effect on the global economy, the pace of the richest and the poorest countries alike started to slow down.

In the Autumn of 2008, the size of the global debt became unsustainable – the debt bubble had burst -- we now have a ‘recession’.

A global recession inevitably means the lowering of global living standards. Politicians world-wide are attempting to mitigate the effects of this recession by various means, but the ‘laws of economics’ are immutable. The global economic recession will continue until the excess credit has been worked out of the world’s financial system and the volume of debt has been reduced to a sustainable level, to the level it was, say, 30 years ago.
Posted by johnalexwood at 01:11