Royal Albert Hall, London, Fri 23 Oct 09 - An extremely special occasion where, at last, I get to meet Eric Idle! 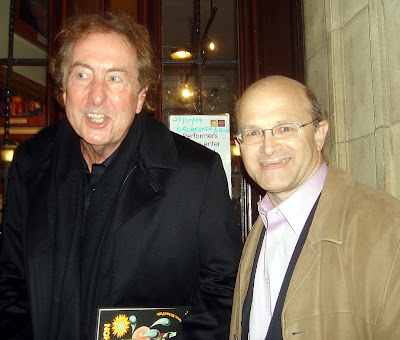 Eric idle and me! Eric is holding a copy of the new book Monty Python Live!

I arrived at the stage door mid afternoon to learn that Eric had recently popped out. This was good news, because it meant he had to come back in at some point, which he duly did, so I finally got to say hello and get a photo!

When you meet someone you've admired all your life, it's difficult to know what to say in the several milliseconds you have to share with them. I could have said thank you for the years of fun he had given me since I got into Python at the age of 13, but there wasn't time and I figured he'd heard that one many times before anyway; I could have told him that I adore 'Nuns on the Run', or how much I love this or that sketch (but which one - there are so many!); I could have asked him to say a few words from a sketch like "Burley Ivan Crab" or "As long as it's warm and wet" or "You've got the wrong map there - that's Stalingrad. You wouldn't have had much fun in Stalingrad" but that's a bit naff really; I could have told him that I had seen Spamalot 6 times, been backstage, blogged about it, knew Nina Söderquist was going to get the part of Lady of the Lake, saw her first ever performance, went to Spamalot London's last ever performance - but he would have probably thought I was bonkers; I could have told him how I have a credit on Monty Python - Almost The Truth - The Lawyer's Cut for the research I did to help the production team, but it never occurred to me in all the excitement - (maybe it would have scored me an Eric Idle Brownie point!).

I realise now that what I should have said was to ask him a question rather than whitter on about my thoughts or feelings. I would love to know what the proudest moment of his career is. He must have several high points in mind, but I imagine one of them must be Friday's show - with an entire orchestra and full choir behind him and a full house of five-and-a-half thousand very happy people in front of him all waving candles and singing along to his music!

What I did say was to tell him it was me who asked the question about why he was still singing his corrected lyrics of the Galaxy Song when an astrophysicist had found that the original lyrics were correct after all (to which he'd replied, on Pythonline, "I wish they'd make up their fucking minds!"). I think he was suitably unimpressed actually, but it was on his way in to do the performance and that's always the worse time to talk to a performer about anything. I knew that, but I didn't know, then, that I was going to get a chance to see him on his way out as well.

I have now met all the surviving members of Monty Python. Regretfully, I never met Graham Chapman.

While waiting for the show to start, I met a Japanese Python fan, Shuji Tohyama, who told me that he was SO into Monty Python, he decided, several years ago, to move over here and live in the UK! 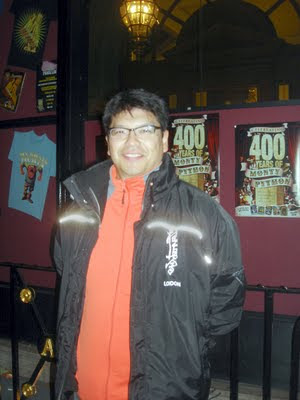 The display of merchandise that Shuji is standing in front of included a pair of boxer shorts with "Biggus Dickus" printed on the front and "Incontinentia Buttocks" printed on the back!; and a poster that read, "400th Anniversary of Monty Python - At last a legitimate reason to repackage all those old movies". That's one of the things I love about Python - their honesty!

What was so lovely was that everybody looking at that display was smiling. I think all the Pythons really wanted to do, actually, (other than unashamedly make oodles of money) was to tell us not to take life too seriously, to lighten up and to have fun. 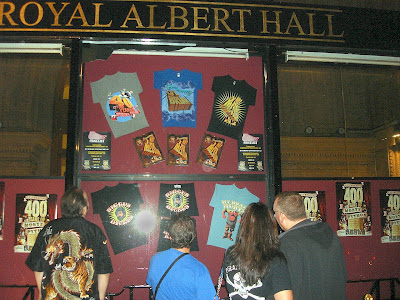 The show then started with a glorious full-blast version of Sousa's "Liberty Bell". I had a standing ticket in the top gallery (only opened for sell-out concerts) and I put myself dead centre where the view of the auditorium was all encompassing but it was too far away to see faces on the stage properly. The sound was pretty awful too but it didn't matter because it was being filmed (by 12 cameras no less! ) so I'll just get the DVD when it's out. 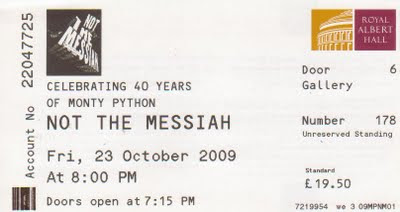 My ticket
What a show it was too! So original: the story of The Life of Brian, told in operatic style. It is, in fact, an oratorio. The highlights for me were: You're the One;

The BBC Symphy Orchestra, the BBC Symphony Chorus and the Pipes and Drums of the Royal Scots Dragoon Guards conducted by John Du Prez (who also wrote 'Not the Messiah' together with Eric)

the re-enactment of the "Crucifiction scene"; the moment where Terry Gilliam molests Carol Cleveland during "Find Your Dream"; Terry Gilliam's (We're all individuals) "I'm not"; and, of course, the surprise rendition of the Lumberjack Song as the encore. What a treat for us that was!

Here's the 'candle' we were all issued with. I didn't want to open mine. 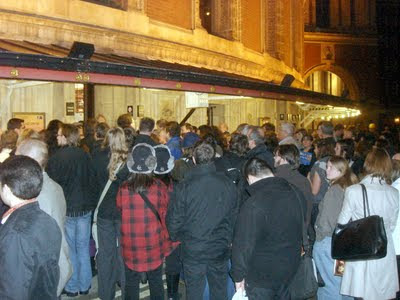 The huge crowd waiting at the stage door after the show 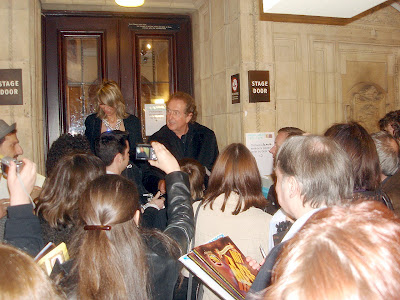 Eric Idle emerges at the RAH stage door, sometime after 1am


I also had the pleasure of meeting Dan McGachey, an online writer for Beano who knew much more about Python than I did (a rare occurance!), André Jacquemin (who told me that the rolling noise in "Charles - I've got something to show you" was made by rolling a cabbage over a board!), Carol Cleveland (so lovely and friendly), John Goldstone (who was charming - he recognised me!) and a Russian fan called Kate (bottom photo, left) who is a lumberjack in real life and who had traveled all the way from St Petersburg just to see the show! In fact, I just realised that Eric is talking to Kate in the above video clip about his 96 year old Russian father in law! 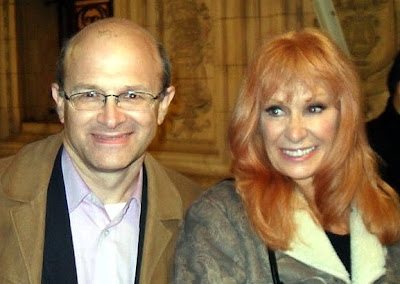 Me with Carol Cleveland
photo by Daniel McGachey

When I got home at 4.30am, I realised I had been standing, continuously, for almost 12 hours! The whole thing was an amazing, once-in-a-lifetime experience and I had such a good time! Along with the times I met the other Pythons, this will remain one of the most memorable days of my life.

Related links:
.
Posted by johnalexwood at 10:20 No comments: Links to this post

Kenwood: My visit to the Secret Life of the Home Exhibition, Science Museum

The Secret Life of the Home
image: http://www.timhunkin.com 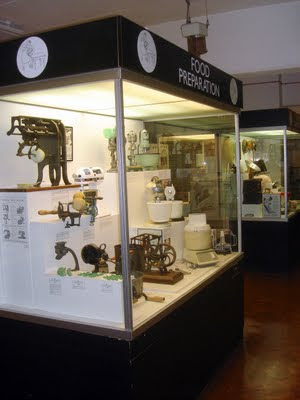 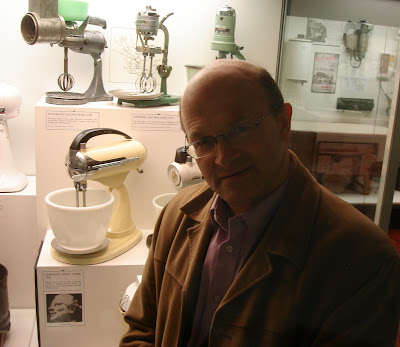 The Kenwood section, showing a photo of Ken
At last, 12 years after it opened (that's disgraceful!), I finally make it to the Kenwood display in the Secret Life of the Home Exhibition at the Science Museum which was wonderful!

I consider this Ken's 'spiritual' home, because he officially opened it in 1997 (the same year he passed away) and the display shows his photo, so he's pretty much preserved for posterity now! Because of this, I decided to lodge some of his business archives at The Science Museum such as some of Kenwood's financial documents (typed spreadsheets - glorious!) and photos of the company's 21st celebrations in 1968.
.
Posted by johnalexwood at 05:18 No comments: Links to this post

Brownbook - the local search business directory that has everything

With the recent addition of a ShareThis button and 12 prepared widgets, in addition to all the other cutting edge features it offers that I wrote about in my previous blog post, Brownbook.net really is the online local search business directory that has everything

The new 12 just-add-username widgets (almost)
Brownbook.net now surely deserves an award for being the world's coolest business directory. With its latest enhancements, it's packed with so many online marketing gadgets, it wouldn't be out of place in a James Bond movie!

It addition to the fact that Brownbook already:
it now ALSO has replaced its "Twitter This" button with a ShareThis button on every page:

Brownbook.net's new ShareThis button
and it has made available 12 widgets for easy addition to business listing pages; pretty much all you have to do now is give your username! The 12 widgets are:
There's no doubt about it - Brownbook.net is very cool!
Posted by johnalexwood at 09:09 No comments: Links to this post

Why Brownbook.net is the most remarkable local search business directory on the net

In addition to offering many cool features that really help increase the online visibility of small to medium-sized businesses - all for free - Brownbook.net also has a lot of internet "firsts" to its name 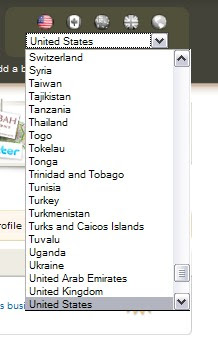 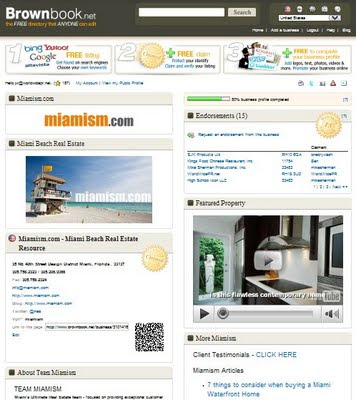 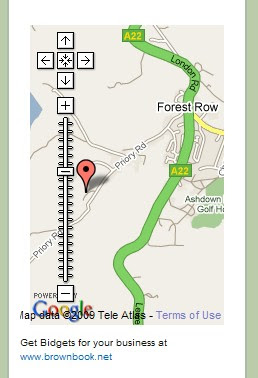 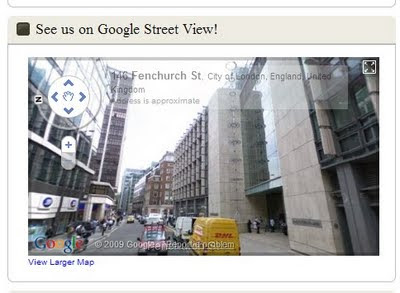 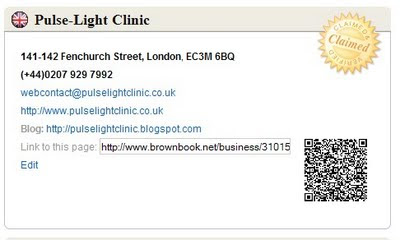 The Guardian: Brownbook finds success with 'freemium' model
http://www.guardian.co.uk/media/pda/2009/aug/20/startups-advertising
Posted by johnalexwood at 11:08 1 comment: Links to this post