THIS CAN’T BE THE BEST WAY TO RUN THE COUNTRY!


An outline for a
True Democratic Government 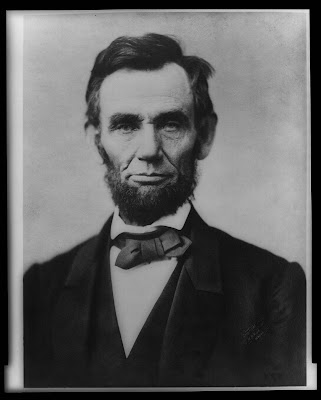 
THIS CAN’T BE THE BEST WAY TO RUN THE COUNTRY!

How the Prime Minister the other ministers and the MPs conduct themselves in the House of Commons is outrageous. To know that these are the people who make the laws and decide on the taxes for the population of the United Kingdom is horrific.

The UK is supposed to be governed by a Representative Democracy. Democracy was defined by Abraham Lincoln as ‘Government of the people, by the People, for the People’. The UK is not, in fact, governed by a Democracy. The form of government is Autocracy -- rule by a one-person ruler, the head of the Political Party in power, the Prime Minister.

Every four or five years, the electorate of the UK votes for which of several candidates is to represent them in parliament. But those candidates are beholden to one or other political party. Thus the population is not voting for the candidate – it is voting for the political party he belongs to. These representatives, once elected as Members of Parliament (MPs), become virtually redundant. The only function of an MP of the party in power is to ‘rubber stamp’ the laws his Party Ruler has decided to enact. An MP of a party in opposition votes as the Ruler of his own Party dictates. To ensure that MPs do not step out of line, each party employs ‘Party Whips’ – MPs who do not ‘toe the party line’ i.e. vote as they are told, run the risk of being ‘de-selected’ at the next election.

And what of the political parties and their leaders? A Political Party is a group of people who share the same ideas about the way the country should be governed -- a way that is to their advantage and to the disadvantage of the rest of the population. The aim of a Political Party is to win an election and to take control of the Parliament, the Legislation and the Government. Political Parties are run by Career Politicians. The objective of a Career Politician is the achievement of personal POWER and WEALTH. His objective has very little or nothing to do with those of the rank and file members of his party; even less with the welfare of the population of the country as a whole. It has everything to do with the Power and Wealth of the Career Politician himself.

We see the fight for personal Power shamelessly exposed at elections. Elections descend into individual politicians fighting each other; it is about ‘being in power’, ‘winning’ and ‘losing’, about ‘victory’ and ‘defeat’. Politicians` public speeches and statements are entirely hypocritical -- promises are made with impunity, many of which are forgotten as soon as the individual achieves power. The political ‘campaign’ is designed entirely and solely to get the concerned candidate and his Party elected and into a position of power.

In the parliament itself, there is a ‘Ruling Party’ and one or more ‘Opposition Parties’. In all parliaments, the party rulers and their lieutenants take every possible opportunity to score points off of and to belittle the other party’s rulers and lieutenants. We have ‘Punch and Judy’ debates (Cameron v Brown). The only objective of the Ruler and the party in power is to stay in power – the only objective of the parties in opposition and their Rulers is to oust the current ruling party and to take power themselves. The Democratic concept of the ‘welfare of the people’ and ‘the good of all’ is not even on the menu!

What is clearly apparent is this. The purpose of a Political Party is to pervert the concept of Democracy. Instead, the purpose is for the Party to take power and to rule the country. For this reason, and by definition, all Political Parties are anti-democratic.

The only democratic aspect of the present form of government is that, every few years, the electorate is asked to vote for which of the three main political parties to put into power. Typically, on a 60% turn-out, the winning party will receive perhaps 50% of all the votes cast. That means that the whole population will be ruled and taxed by the leader of a group which, in fact, received the votes of only 30% of the population!

Given the way the House of Commons conducts the nation’s business – the absurd spectacle of the point-scoring and school-boy slanging matches between the opposing parties – the animal howls and cat-calls more appropriate to a zoo than a parliament -- the Party Leaders’ very obvious obsession for personal Power -- important issues being debated with only a few MPs attending – the scandal of ‘loans’, ‘donations’ and ‘cash for honours’ – and the many other shortcomings – this can’t be the best way to run the country!

It is amazing how the nation’s tax-paying citizens continue to put up with the current Autocratic Political Party form of Government, and with the behavior of Politicians who earn their incomes from it.

Since the current Autocratic Party Political form of government is clearly undemocratic and incompetent, why does the British public allow it to continue? I have asked a number of UK residents:
Perhaps, one day, tax-paying citizens will rebel against the current system and demand that the way they are governed is reformed to become non-partisan and truly democratic.

Following is a proposal for a True Democracy government.

The form of government in United Kingdom is Democracy.

A Democratic government has three branches:
Thus, every branch of a democratic government Is in place right now i.e. already exists. Legislation is the responsibility of the Houses of Parliament – new laws are debated and enacted or rejected by majority vote of the democratically elected MPs. The Executive branch applies the existing laws, frames new laws, and manages the day-to-day business of the country. Its work is monitored by several Select Committee of MPs. Justice is administered by the independent Judiciary.

An outline of how a True Representative Democracy government might function is set out in the Appendix.

The following is a proposal for how a True Representative Democracy non-partisan United Kingdom Government would be conducted. The objective and over-riding principle of a True Democracy Government must be “Government of the people by the people for the people”.

This proposal sets out the major changes that would be made to the existing UK Political Party form of government. The main changes:

Detailed requirements for a True Representative Democracy would include:

As at present -- any registered voter may put himself forward as a Candidate for a Constituency.

To receive recognition, a Candidate must obtain the endorsement of 20 voters of the constituency. Candidates will have no political or party loyalties other than to represent the wishes of the citizens of their constituencies to the best of their ability.

Constituency election days will be spread approximately evenly over a two-year cycle. There will be no country-wide election day.

The electorate will vote for the candidate who they consider will best represent the interests of the constituency. Candidates will not be members of or affiliated to any Political Party since all Political Parties will have been dissolved.

Voting will be obligatory (fines for those failing to vote). Votes will be cast by Postal Vote, or by Internet, or by personal attendance at a Polling Station.

The House of Commons will, as now, have approximately 650 Members (MPs) each of whom will have been elected by his constituency.

MPs will be obliged to attend the House without absence for all the hours the House is in session. Permission for essential absence may be granted by the Speaker.

The House of Lords will have approximately 500 Members representing the Professional and Special Interest bodies of the nation, and will be appointed by those bodies themselves. E.g. Architects, Construction Industry, Nurses, Police, the Aged, Child welfare, Trade Unions, major Religions, the CBI, etc.

The executive government of the country will, as now, be managed by the various Departments of Government (there are currently some 16 Departments). As now, for each Department there will be a Select Committee to monitor the workings of that Department. The Select Committees will consist of about 12 MPs selected for their expertise in the remit of their respective Department.

The duties of the Select Committees will be enhanced to include, together, with their Government Departments, the formulation of new laws (and amendments to existing laws) on matters within the responsibility of their Department. The Chairman of each Select Committee will propose and introduce such new (or amended) laws to the House of Commons.

To coordinate the business of the House of Commons, the Chairmen of the Select Committees will form a Coordinating Committee, which will appoint its own “Chairman of the Chairmen’s Committee”.

Each proposed new law will be proposed by the chairman of the appropriate Select Committee, debated in parliament by the assembled MPs and then voted upon by a ‘Majority Free Vote’. (In a True Democracy Government, ALL votes will be ‘Free Votes’.) Laws approved by majority vote will be sent, as now, to the House of Lords for detailed scrutiny.

Parliamentary time will be set aside for “Select Committees’ Questions (now Prime Minister’s Questions), giving the opportunity for individual MPs to ask questions of the Chairman of any of the Select Committees on the workings of that Committee’s department.

Additionally, Private Member’s Bills (laws proposed by an individual MP) will be possible.

To assist the MPs in their duties, each constituency will have a Constituency Office located within the constituency, with a small permanent ‘civil service’ staff. The cost of the office and the staff will be paid for by the state.

MPs and members of the House of Lords will receive appropriate salaries but no expense allowances other than the refund of traveling expenses from their constituency to the Houses of Parliament for the period when Parliament is in session.

The State will own and operate an hotel-style facility near the Houses of Parliament for the use of Members (free of charge while the Houses are in session). Expense claims for a “London home” will not be eligible for payment.

In keeping with the principles of a True Democracy,
LOBBYING

Individuals or associations will be permitted to ‘lobby’ MPs – that is to present the case or a petition for a new or amended law – but strictly subject to the prohibition described in the previous paragraph.

The ‘True Democracy’ principles as outlined above – i.e. no political party affiliations, no funding and ‘free votes’ etc -- will apply to County Councils and Local Government.

All remaining legislative and executive powers and duties of the Monarchy will be dissolved. E.g. the ‘royal assent’, ‘reserve powers’ ‘opening of parliament’ etc.

The Monarchy will continue as now to perform ceremonial and charity-sponsoring functions, both at home and overseas.

The armed forces will swear allegiance to “The Constitution and Government of the UK”.
Posted by Gemma Harris at 14:15