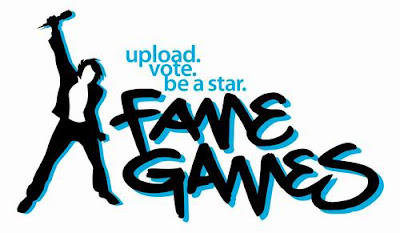 Venture merges online music world with terrestrial radio and gains Network’s commitment to new and unsigned music
Marbella, Spain: Meer Music International (MMI) announced today that it has partnered with ABC Radio Networks to bring Fame Games, the popular web-based, independent music showcase, to U.S. and international radio syndication. The show has drawn unsigned artists from more than 70 countries since its online launch in 2006 and will begin airing on select ABC Radio Networks affiliates from June 30. 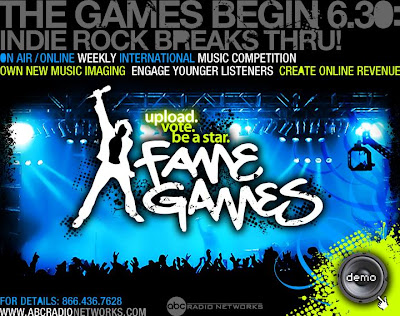 Fame Games On Air / Online Weekly International Music Competition:
upload, vote, be a star
"Unsigned artists are writing and recording some of today's best music," said artist and co-founder of Fame Games, Laura Krier. "This global radio launch is going to provide airplay and recognition for a new generation of talent. We can't wait to start broadcasting the show with new affiliates in the U.S. and have an army of new voters choosing our top songs."

Artists can submit their song(s) to Fame Games via the MMI site (http://www.meremusic.com) where they’re prepared for review by peers and listeners at http://www.famegamesradio.com. With fan support and positive reviews, songs advance through several stages until they reach the on-air shows. Each week a “Track of the Week” is declared.

"Fame Games is going to be a phenomenal opportunity for stations seeking to provide a vehicle for local artists to become a star and will also allow the stations to own the new music niche in their market," said TJ Lambert, Senior Vice President of Affiliate Relations for ABC Radio Networks. "We'll be taking what has already been a successful online program and joining it with the strength and reach of network radio to attract a coveted demographic of active listeners."