Software Shelf, a Microsoft Certified Partner, has been a designated beta tester for Microsoft for many years, ensuring that its print management software remains ‘state of the art’ software technology for use on Microsoft operating systems. Print Manager Plus operates as a seamless extension of the Windows operating system. 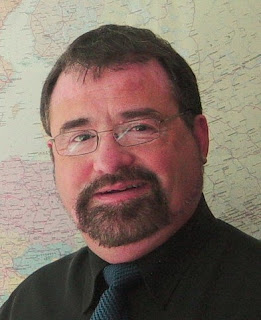 “We are very excited about the future release of Windows Server 2008, especially following International Data Corporation’s very positive predictions for the new platform last May* so we are very proud to be able to announce that Print Manager Plus is already fully compatible with Windows Server 2008.”

With well over 150,000 copies of Windows Server 2008 having been downloaded since its beta release in April and about 2,600 websites already running on the platform, including Microsoft’s Internet Information Server (IIS) 7.0 for its own main website, there is every indication of a broad appeal for the new operating system.

Print Manager Plus requires no training for anyone familiar with Windows, it is affordable to nearly any organization being licensed at a fraction of the price of other similar software while yet being of the highest technical quality. Microsoft made it their “Solution of the Month” for the public sector for 18 months in a row. Hewlett-Packard recently awarded Software Shelf its Outstanding Partner of the Year Award due in part to the quality and functionality of its flagship product, Print Manager Plus.

Software Shelf was established in 1994 in Silicon Valley by William Feeley. Its flagship product Print Manager Plus is used by thousands of companies, schools and government offices worldwide, including: Yale University, Los Angeles Unified School District, Harvard University, Oxford University, Morgan Stanley, British Library, University of California, Bank of England, NATO, CNN, Commerzbank, European Transaction Bank, National Bank of Kuwait, Hyatt Hotels and Microsoft. The company provides tech support (in 13 languages) from its offices in the US and UK and from its 153 partners and resellers in 62 countries.

A fully functional free evaluation of Print Manager Plus can be downloaded here: http://www.softwareshelf.com/files/downloads.asp?ID=23


This press release was submitted to:
Search results: