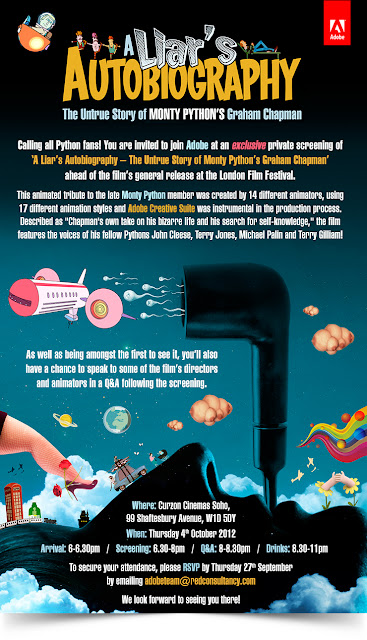 As if there hadn't been enough Monty Python-related coincidences in my life already, there I was sailing down the Thames last week when I bump into Emma Wilkinson of Adobe UK who promptly invites me to a private screening of A Liar's Autobiography, before she has any idea that she was talking to a real Python devotee!

I already knew quite a bit about the movie and was already going to the UK premiere on 16th October, so to be invited to this too as a result of a chance meeting was wonderful, if not a little spooky!

A message from our hosts: A behind-the-scenes mini documentary on the vital role Adobe's Premiere Pro CS6 played in the making of the film