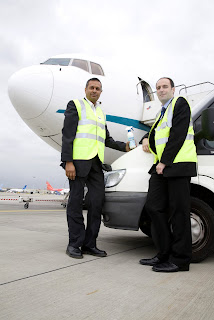 SJ Khebbal, CEO of Miracle Drywash
& John Rickard, General Manager of Fernley
at Gatwick Airport
Miracle Drywash and Fernley appear together on BBC TV!
In October, it was announced by press release that Miracle Drywash - the revolutionary way to wash and polish vehicles - was being used by Fernley Gatwick Ltd to clean cars airside initially at Gatwick airport, then at the airports of Heathrow, Stansted, Luton, Manchester, Dublin, Cork, Liverpool and Nice in France, Brussels in Belgium and Amsterdam in the Netherlands.

BBC South East Today considered this big news both as a business story (local firm wins big international order) and a good news environmental story as millions of tons of water will now be saved, and thousands of litres of detergents will no longer be entering the river system via storm drains.

Airside at Gatwick, the BBC filmed interviews with John Rickard, General Manager of Fernley and with SJ Khebbal, CEO of Miracle Drywash. They also showed the product being used by a Fernley employee. It was a really good report which was included in several news bulletins throughout the day as well as being available on the BBC website. Here it is in full:

http://www.sharenow.com/base/content/2035/
And here are a few behind-the-scenes photos: 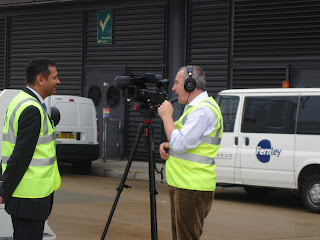 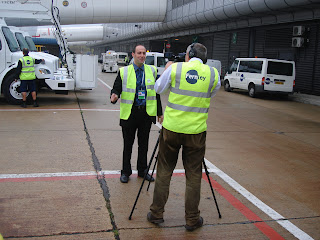 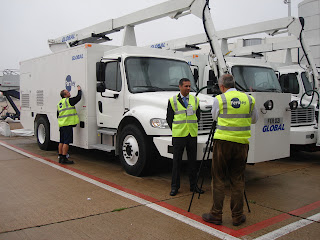 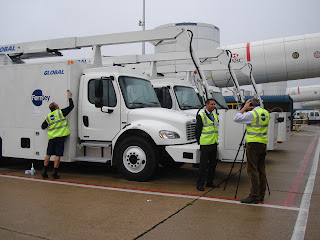 You can buy the product online here: http://www.miracledrywash.com/purchase.php and it is also now available from Marks & Spencer.

This press release was submitted to:

Search results:
Posted by johnalexwood at 13:17