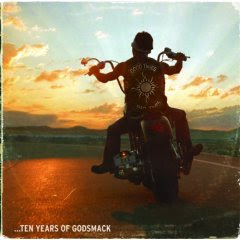 Considered one of the definitive alternative hard rock bands of the modern era, the Boston based group stormed on to the music scene in 1998 with their masterful self-titled debut album, and have never looked back. The only rock band to have scored 13 Top 10 hits in the Active Rock format, their most recent album, Godsmack IV, became another platinum-plus trailblazer for the formidable foursome, debuting at #1 on the Billboard Top albums chart (their 2nd #1 debut following 2003's Faceless) and harking back to the thunderous arc of multiplatinum masterpieces like their 5 million selling breakthrough debut album and 2000's Awake, as well as the more subtle flexing heard on their 2004 acoustic EP The Otherside.

Fronted by charismatic and uncompromising singer/songwriter Sully Erna, 2008 will mark the tenth anniversary of Godsmack's self-titled debut album; in honor of that occasion, Good Times Bad Times....Ten Years of Godsmack encapsulates some of their most captivating and enduring hits. In the past decade, the unflinching Godsmack has enjoyed an incredible run, selling more than 12 million albums - highlighted by scores of sold-out international concerts, stages shared with legends, a remarkable 16 hit singles, 4 platinum records, 1 gold EP and three Grammy nominations.

Known for their fierce touring regimen, Godsmack also established one of the most memorable live arsenals in rock, having been regulars at past Ozzfests, appeared at Woodstock '99, toured with Metallica, and headlined their own arena juggernauts throughout the world.

http://www.godsmack.com
Posted by Gemma Harris at 13:56