Yes, we love Spamalot so much, we've seen it 3 times now: for my birthday, for Harry's birthday party and, yesterday, for Harry's actual birthday. The show was excellent as ever.

It worked out so well as we had great seats and, funnily enough, we got to meet (and photograph) all the cast members we missed last time. And here are the photos to prove it: 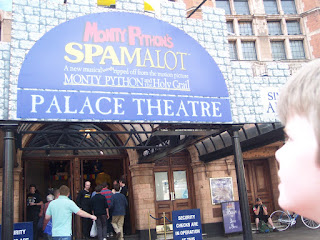 In front of the Palace Theatre, moments before the start of the
3pm matinee performance, Tues 17 Apr 07. 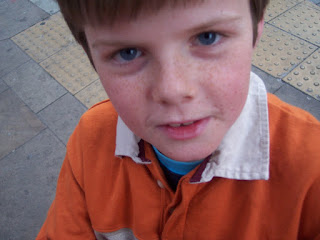 Harry at the stage door after the show. 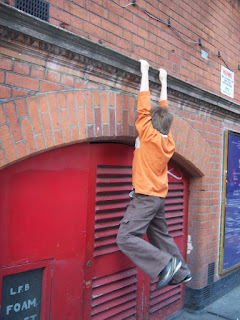 Harry hanging around waiting to meet the cast. 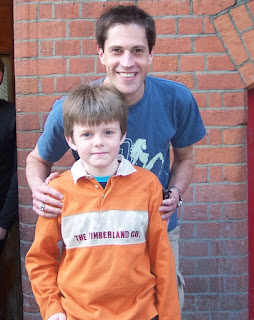 With Graham MacDuff who plays
Sir Dennis Galahad, The Black Knight and Prince Herbert’s Father.
Harry asked Graham to sing "Now we're into E!" from
'The song that goes like this" in a squeeky voice and he did! 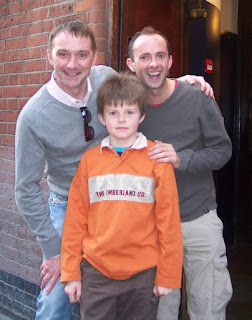 With Tony Timberlake (left) who plays Sir Bedevere, Mrs Galahad and Concorde and Darren Southworth who plays the Historian,Not Dead Fred, a French Guard, a Minstrel and Prince Herbert. 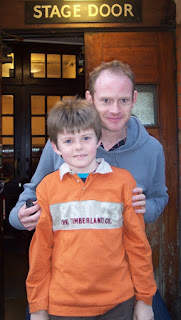 With Robert Hands who plays Sir Robin, Guard 1
and Brother Maynard. Harry asked him not to poop his pants
- he promised he wouldn't! 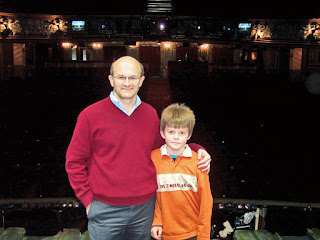 Harry & me on stage, taken by Ben Jefferson himself
- the Spamalot company manager!

What a fantastic time we had - the Spamalot team are such a friendly bunch of people!


Our Spamalot adventure is still not over yet because we are going to see the cast again and break a world record with them on St George's Day (23 Apr 07) in Trafalgar Square.
Posted by johnalexwood at 21:26